Menu
Log in
Register
Install the app
You are using an out of date browser. It may not display this or other websites correctly.
You should upgrade or use an alternative browser.

Reputation of the top Major Players?

I always wondered what the reputation of today's top major players are? Living in Winston Salem, NC, I have heard nothing but wonderful things about BJ Fulk. I actually played one season with his cousin Joey...another masher. Jeff Hall's reputation seems so so. A bit abrasive but approachable as I've been told.

Decent guy
Super Nice guy
Huge ******* on the field, not bad off it
Huge ******* all the time, but consistent and almost always right anyway

Thanks for the candid and probably very accurate quick assessment of these players.

In realty why do you care about these guys anyway. Wouldnt know them if I fell on one.

You'd know it if Helmer fell on YOU.

I've met quite a few major players. They're all just guys..... like anyone else. Some are ****s, and some are really cool. The one thing they have in common is they're very good at softball and spend a lot of time and energy playing the game at the top level.

Bobby Buggs said:
In realty why do you care about these guys anyway. Wouldnt know them if I fell on one.
Click to expand...

Well, considering a decent percentage of bats can carry a name of a major player, I think it would follow for someone to ask "Who is this guy and what's his reputation?". Or at the very least I do.

i agree. i remember when i asked about andrew collins here. and a response was why would a grown man care about other grown man and i was being judged as a low pathetic life.

care and curiosity have two different meaning. i couldn't care less about what he does with his life as i don't even know the guy. but as a darn good softball player he was, and as a noob(me) who just got into softball world and watch a quiet bit of major level softball games on youtube, it made me kinda curious why would a such successful softball player play for a AA team when he was the MVP in world series in the prev. year playing for major team.

I used to have a wood baseball bat with Alex Rodriguez's name on it. I turned it down to regulation softball diameter and his name was gone and I liked the bat more.

I must be the odd ball here as I dont get a tingling in my penor when their names come up. Because your name is on a bat I should suddenly respect you?? I never cared about "major players" and the ones I hung out with reinforced that.

Bobby Buggs said:
I must be the odd ball here as I dont get a tingling in my penor when their names come up. Because your name is on a bat I should suddenly respect you?? I never cared about "major players" and the ones I hung out with reinforced that.
Click to expand...

No tingling in my penis, nor do I respect anyone because they are major player. But, when I see a name on a bat (and I have no idea who the person is) I wonder who they are. How one can find that odd boggles me.

If I was buying a car and saw a Kasey Kane Ford Mustang, and had no idea who Kasey Kane is, I would wonder "Who is Kasey Kane and why is his name on a model of car."

Bobby Buggs said:
I must be the odd ball here as I dont get a tingling in my penor when their names come up. Because your name is on a bat I should suddenly respect you?? I never cared about "major players" and the ones I hung out with reinforced that.
Click to expand...

In "my world" I have too many names to wonder about other than softball players and WoW is not part of the equation.

The only thing you need to know about Major softball players is that most of them are ex-college/minor league baseball players that never made it to the show.

And the fact that the most if not all of them look like football players, why wouldn't they be able to smash the crap out of a slowpitch softball

I've played against a few guys from New Breed and All-out. All I have to say is, give credit where credit is due. Their game is above and beyond the average softball player.

I played against aholes in C and B. I know aholes that play E. Law of averages says there will be aholes in the top divisions too.

i'll say this. brett helmer is one of the nicest men i've ever met. i was playing in the smoky mtn. in 2012 when ressy and easton were in the winners final.. the skies opened up and it started pouring.. rain delay. helmer stood outside the dugout and signed stuff for little kids for 10 minutes in the deluge. i'm happy i played for easton teams. there are assholes.. but there are also fantastic humans

Helmer started working to become a pro in CT right in my back yard during the late 90s. He is a good man for the sport no doubt. 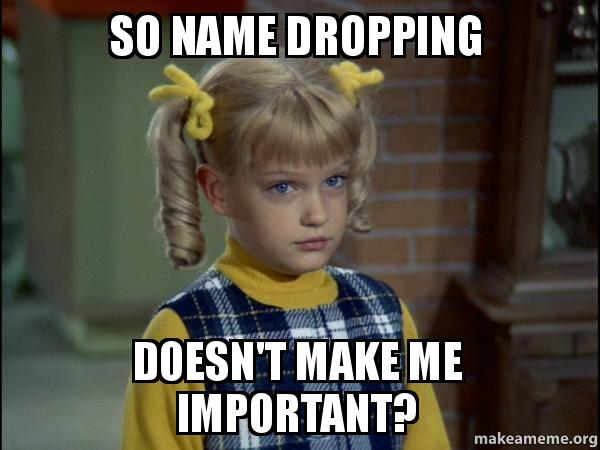 swingnmiss said:
I am approachable and nice.........I almost will never spit on your child, but almost always tweak your wives nipples.......I'm an enigma.....Surrounded by a mystery..........Wrapped in a moron.
Click to expand...

A fair number of major players make appearances at the softball spring training in Florida every year. Like someone else above said they are mostly just guys. I never met anyone that has anything negative to say about Brett Helmer. Andy Purcell spent a very long time last year watching guys that have 10% of his talent pitch and offering effective feedback. Beyond that I wouldn't want anyone deciding what kind of person I was based on 3 minutes of interaction so I won't do the same to others. Some of the guys (and ladies) that are there as pros are clearly fulfilling an obligation and some have been super friendly and sharing knowledge.

I took BP with Robert Blackburn and he was very approachable and a super cool guy. He always has taken time to answer my questions and talk to me about hitting and working out.
I've also talked to Davis Bilardello who was very helpful in talikng about hitting.
Jason Branch is a pretty cool guy and easy to talk to. He gave me tons of info about hitting and how he trains.
Andy Purcell was very helpful in talking pitching and giving his approach to the game.
Jeff Wallace was very helpful, Rusty Bumgardner gave me a bat at a game one time. Jeff Hall was pretty cool.
Yeah I know I did some name drops but these guys were eager to talk to me about the game and how they approach it. You can tell by the way they explain things that they really love Softball. I didn't go to Spring Training or anything but reached out to these guys to get help and knowledge. They had no obligation to talk to me but it was cool that they did. I have seen and talked to some guys that were just jerk-offs and thought they were above everyone else (guys with their name on a bat). Then again I have seen how guys have treated them badly and were asking for free stuff and calling them names because they didn't get anything. Then there is the guy always claiming they use cheater bats and they get all the breaks and he never got his chance.
Most of these guys don't want the extra attention they get and I don't think you should be idolizing these guys either but you can respect how great they play the game and I enjoy watching them. If not, then thats ok too.

were you a part of fowl ball/gas it/ easton? i played against that team in NC a few times.. then some of them became teammates

Brandon Jonas was pitching for them then correct?

Country469 said:
Brandon Jonas was pitching for them then correct?
Click to expand...

yup.. and they had tindell and guido.. not sure if matty mcraw and dillon davidson.. .but they were all eventually teammates